Showing posts from September, 2018
Show all

The Drama of Casa Simeon 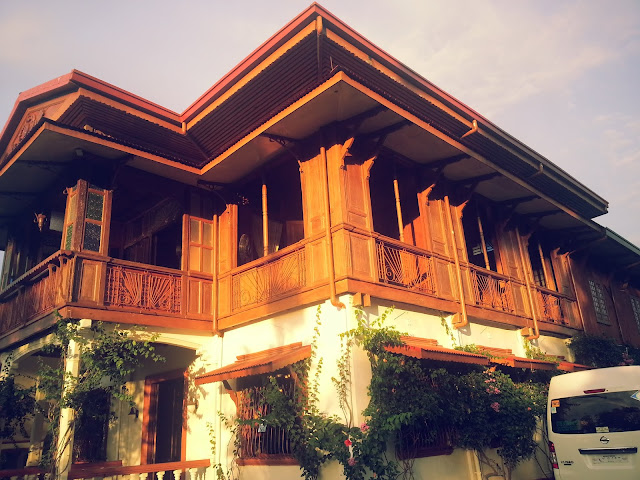 Near the easternmost coast of the province of Albay , facing the wide expanse of Pacific Ocean, is Bacacay ,  a resort town known for its volcanic black sand beaches . Standing in its very center is Casa Simeon , a mansion said to be constructed in 1920 . I was prompted to visit this old house by the closing of its art exhibit the next day as it turns out that my friend, an astral twin, Regine Eina Esternon , has one of her beautiful paintings displayed inside. It was late in the afternoon when I finally mustered enough willpower to do what I had wanted to do since several weeks ago. My brother came along with me and his waze app proved to be very helpful as we found the old house in an unfamiliar area. We used to visit Bacacay for its beaches but not for something found inside its poblacion. At first glance, the mansion looks very dainty and, because we were too curious, we immediately went inside to see its grandeur and all the details. We didn't hav
12 comments
Read more
More posts