Showing posts from June, 2021
Show all

At the End of the Labyrinthine Tunnel

June 24, 2021
This is the third chapter of the historical fantasy entitled " Rhapsody of Nature ." Synopsis:   The magnificent cave exhibited more than just resplendence, and the end of it dazzled the spectator... White, blue and gold were all he could see. They're everywhere, from where he stood... to the farthest his sight could reach. As he moved along, the rose petals slowly vanished, until it was very light but with a much sweeter tinge. "Seems like a big cave," he uttered in disbelief. He wanted to see more, ever-curious he has always been. The hunger, that the old man was missing, and the discomfort didn't seem to bother him at all. As he continued, the yellow frogs began making noises. One by one, they called. High pitched, each sound was like a xylophone beat. High pitches they started but the sounds slowly mellowed down. Brief moments later, the undulating notes transitioned with more texture, until both high and low notes chorused like chords. He later heard
Post a Comment
Read more 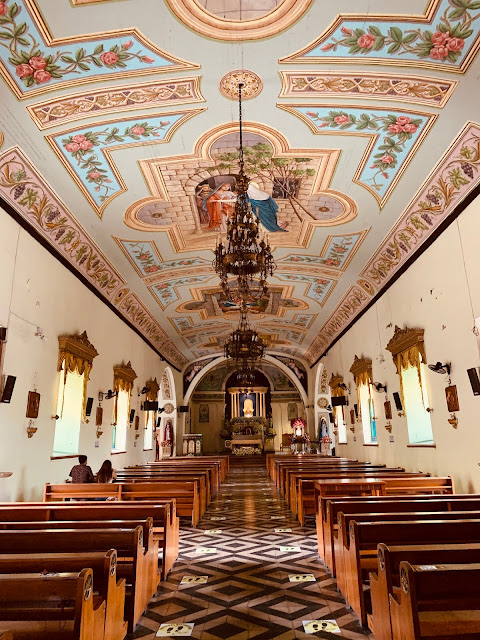 Our Lady of Pe ñ afrancia Shrine, Naga City. Oh sweet Pe ñ afrancia Mother of Bicolandia Your name is aroma Feels like sampaguita Oh sweet Pe ñ afrancia Mother of Bicolandia You lull us like gondola Ease our minds like siesta Our tender loving mother As warm as balmy weather As pleasant as lavender Your pureness shines forever From north as Capalonga To south as Esperanza Beyond east of Baras Your love encompasses us Star of the Seas Shield us from calamities Cleanse us of our sins Forgive our misgivings Star of the Seas Bring us serendipities From abaca to pilis To anything with chillies Somewhere in Jovellar Milaor or Pilar Wherever we are You are a doting star!
Post a Comment
Read more

June 04, 2021
A place not bound by time A state of eternal bliss No need for any dime No stress, no worries Where everyone is content Where every part is heaven Where joy is every moment Forever, no matter when Truth floats as air Embraces everywhere Trust is not a language No need to ever gauge People sinned no more All errors pardoned The lessons they learned Built a joyful forever It started from a place so empty But though barren Was protected from Every calamity But all who have gathered Had in their hearts Regret but pure love For one another They saw in each other A brother or sister A trustworthy friend A mother, a father They tilled the soil They fished the seas Evolved a luscious broil 'Till they earned a feast It was a big family That forever will be An ever-growing place Of everlasting harmony
Post a Comment
Read more
More posts