An Irony of Surprises

January 20, 2018
When asked who I am, I can't quite say for I myself could not figure out who myself was.

For instance, I don't like reading but I write.

I don't understand poems but I write poetry.

I can't sing - according to my mom - but I compose songs.

I was called an 'Einstein' in high school, but, instead of taking up science courses, I ended up a lawyer.

I would love to bike or swim, but instead I work out at the gym.

I memorized all the states of the US - including New Mexico - but I've never been to any one of them.

I know Faroe Islands, the Seychelles, Gdansk, Cancun, Seville, and so many other places on earth --- but I've never traveled outside the country.

I can draw the entire map of Mindanao, but I've never even been there.

I know so much about history, but I lack depth and understanding in politics.

I consider myself a frustrated economist --- but all I have is a savings account.

I love dancing but I don't have the sense of rhythm.

I can describe the littlest details of a food and its ingredients, but I don't know how to cook.

I am extremely lazy but I work hard for my goals.

I despise soap opera but I love watching MMK.

Everything I write here might be true for the moment but, in the future, I might become the opposite... 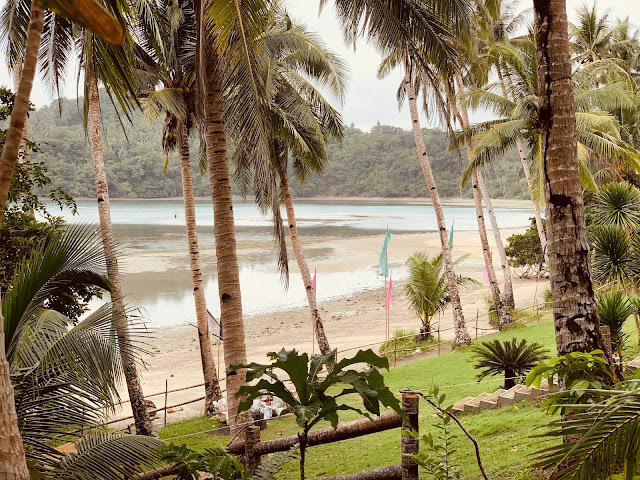 My first ocular inspection of a client's property has been fascinating. It was a nice, seaside lot facing a beach unique from all others I've been to. Before my short sojourn, all I thought was that it's going to be an ordinary white-sand beach. After all, that's what my client told me so. It wasn't anything like that at all, however. Our tour guide asked me if the place is comparable to Boracay. I bluntly said, " no , but I don't want white-sand beaches anymore as I've been to so many before. This is something else, this is something more special ." If you think there can only be five or so colors of beaches there are in the world, Cagraray Island will prove you wrong. Barangay Mataas, on its southern part, will surprise you by colors you never would expect. Cagraray is an island located on the eastern part of Albay Province. It is connected to the mainland through a bridge that spans across Sula Channel. However, during the voyage, our destinatio
Read more 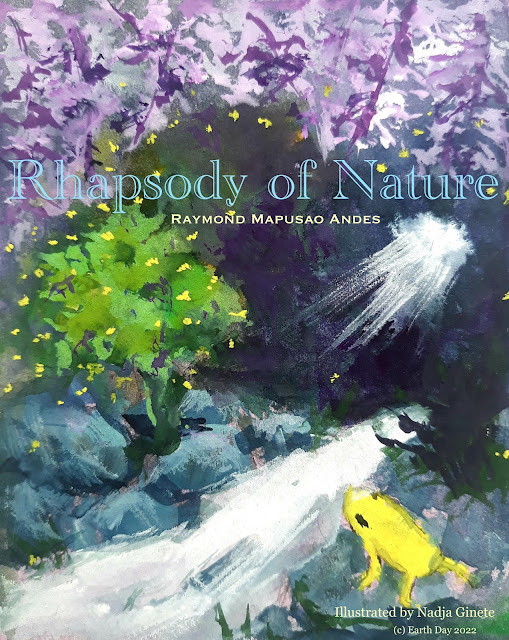 After traveling on high seas, a lost explorer found himself on an island that would be named "land of the howling winds" centuries later. Without recollection on how he drifted away from his friends, he later found out secrets after secrets unfolding...  The Land of the Howling Winds is the moniker for a real island lying next to Pacific Ocean. It has earned this moniker because strong winds and harsh typhoons often batter its coasts. Unbeknownst to many, it is actually a beautiful, biodiverse island of so many rare plant and animal species... Chapter 1: The Druid of Hardin Falls A mysterious old man appears out of nowhere... Chapter 2: Behind The Vines The aromatic vines revealed a secret... Chapter 3: At the End of the Labyrinthine Tunnel The magnificent cave exhibited more than just resplendence, and the end of it dazzled the spectator... Chapter 4: Beneath the Placid Tides The scenic lagoon displayed ephemeral rays of spectacle... Chapter 5: Feast By The Sea The boistero
Read more 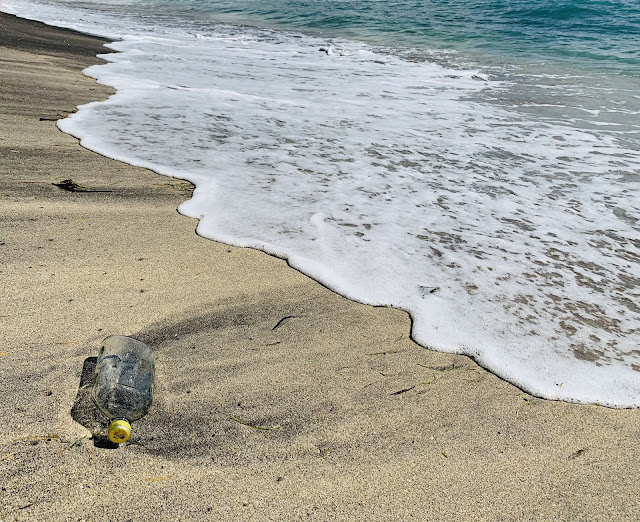 You've probably seen white-sand, black-sand, and even pink-sand beaches. But have you seen a beach that transitions to different colors? Source: Ang Bongto ko, Sta. Magdalena FB page The remote coastal town of  Sta. Magdalena, Sorsogon has  so much variety in its hidden beaches and coves. Although neighboring Matnog  is more famous due to its pink-sand beaches and islands, Sta. Magdalena still deserves the moniker  "Hidden Paradise"  for curious reasons. It's not as stunning as the popular pink-sand  Subic Beach  in Matnog but you will be surprised at the many things you'll see there. Source: Wikipedia Source: Wikipedia Sta. Magdalena is located near the southeasternmost end of the long island of Luzon. It is the smallest town of Sorsogon both in land area and population but it is a treasure trove of geologic wonders that abound its coast.  Inside the Residencia Del Hamor , looking over a beach in Sta. Magdalena. Its very name puts a smile on one's face. Asi
Read more

The Jade Islands of El Nido 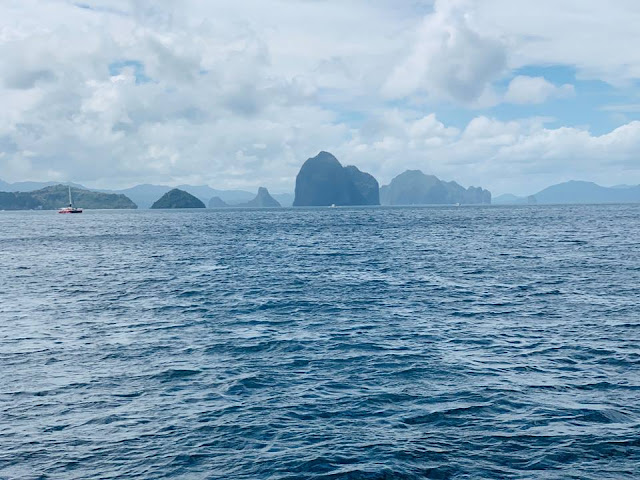 This view beacons you to a heap of glimmering islands waiting to be discovered... Located on the northernmost tip of Palawan, El Nido is distant from all other places in the world. Because of its location, nobody knew its stupendous tourism value. As late as 1979, El Nido was unknown to beach-goers and wanderlusts, when a group of divers met a sea accident at night forcing them to drop anchor in an inlet. The following morning, the divers woke up to an amazing scenery of skyscraping dark cliffs, thick green forest, white-sand beach, sparkling waters and, rising above it, a series of magnificently-sculpted jade islands. [Wikipedia] I was fortunately born late enough to have read the “wows” of tourists who have been there and to have seen the spectacular pictures of El Nido… but it was not until my sister’s insistence three weeks ago that persuaded me to go on a last-minute decision to head on to this remote place. Two flights from Legazpi and a 6-hour
Read more

Could A Profound Love, Sad but Meaningful --- 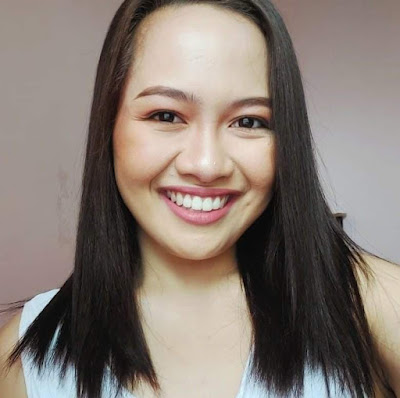 --- be a better choice than one that's cheery, impeccable but meaningless? Would a love that's always changing, fluidly dependent on mood, and always moving, be better than one that's stable and sustaining? Should I fall for one that promises a better future, places all around the world, and happy, normal family life than one that's truer than true and promises nothing but romance and forever? Is it a better choice to settle with one who elicits strong emotions especially with music and romantic movie scenes than one that exists but that is? One is sad but meaningful and the other is happy but meaningless. Empty but happy. Sad but true. A world all around the world. A world inspired by emotions and creates a world of its own with poems and music. Happy but uninspiring. Sad but profound. A happy life. A romantic life. Whom would I choose? ---- I would choose a love that seems inconspicuous but is real deep within. Something that's not defined by beauty standards cre
Read more 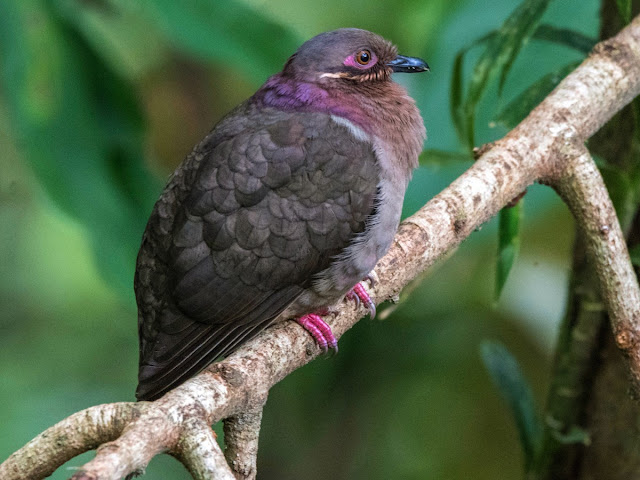 This is the ninth chapter  of the historical fantasy entitled " Rhapsody of Nature ." Synopsis:  The island's exotic plant and animal species serenaded the young man... A small dove was cooing nearby... Hoooooooooooooooop....  Poo-poo-poo-poo-pooop... Amethyst Brown Dove Photo Credit: Rodolfo Quinio through  Amethyst Brown-Dove - eBird Hoooooooooooooooop....  Poo-poo-poo-poo-pooop... Soon, its friends flew nearby and began to join its cooing. Poo-poo-roo-poo-poop! They were sitting on the branches of trees. Esteban looked keenly on their feathers. Their primary color was cappuccino but their chests and necks were adorned with amethyst fur... We are the flora and fauna Of these beautiful islands! We need your assistance Protect us from foreign hands! Our habitats are in danger From the wants of invaders Truly, we are very scared But with you, we will dare! Poo-poo-poo-roo-poo-poop! We're amethyst brown doves Music is one of our first loves We will reveal you the othe
Read more 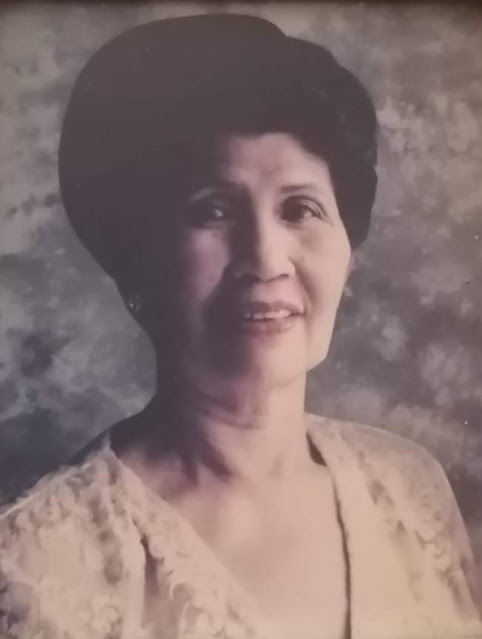 My grandmother, Nelly Venus Mapusao . Photo taken, June 5, 1996. It was early morning When so suddenly I woke up dreaming A peculiar melody A music I've never heard Since the time of my birth Certainly something new But rings in my heart so true Without hesitation Without perspiration Only inspiration I wrote my first creation She was a dear friend I consider heaven-sent So cute and so funny She always makes me happy We both love fluffy cats On a random day, she sat Beside me, she drew A hilarious cartoon Where she talked to me In a crowded room randomly Her use of speech bubbles I find quirky and adorable That and the many other things About her I find fascinating And so came the melody Out to life so suddenly From a dream into reality The very first for me But the only one of its kind Of all and all of time Something else happened I vividly remember when A few more months later Made it even better I saw my grandmother Asking me to sing it for her I sang the best I can In our comf
Read more 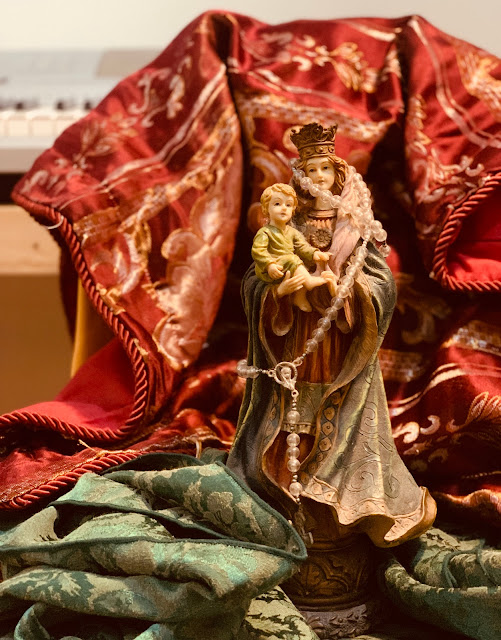 The last few days of the past century Winding down the nineties The very first of a special year We all call the Great Jubilee Once a thousand years' event A milestone, on that night, began When we were little children Though I was almost adolescent The air was filled with cheerful music As I recall those days so nostalgic Even then, even now, I always remember How special those holidays were The joys of that pleasant night The Christmas Eve of nineteen ninety nine Always makes me breathe a long, long sigh For one thing remains the only sign Of my childhood's joys and happinesses Of my naivete and innocences Of the world's absolute pureness As I perceived through all my senses The feelings I still have Forever kept in my head In my heart, in my very core Mem'ries that'll never be torn Were the holiday nights Of December Nineteen Ninety Nine When I turn the knob of a figurine That plays Silent, Silent Night The music that gave me bliss Is now gone except the memories
Read more 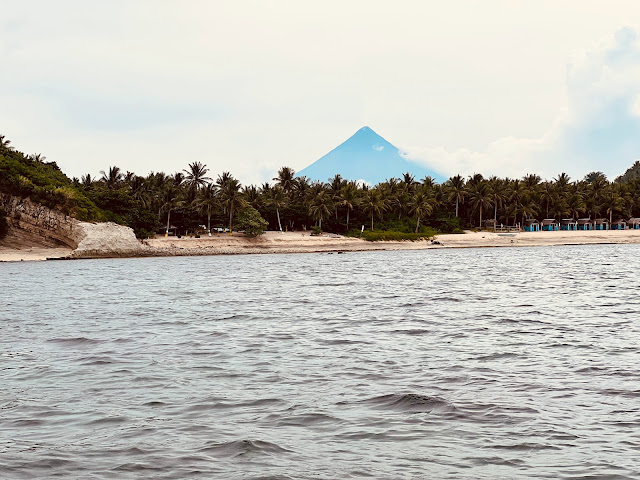 We were entranced... We sailed the eastern seas off the coast of Albay Province for our weekend getaway. Every time we see a beige sand beach common in the area, the enigmatic Mayon Volcano peers over the scenery. There were many of these beaches, appearing every once in a while, with the dazzling volcano in each and every view. I will never forget this past weekend for each turn had a magnificent scene looming in the horizon --- from isle to isle, from coast to coast, from beach to beach! Tambilagao Port Tambilagao Port We drove from our hometown Daraga, Albay setting off to our main destination, Namanday Island Resort . After making our way to Cagraray Island via Sula Bridge, I felt as though we already left the country. I've never been outside Luzon Island since before the pandemic so leaving Luzon already feels like traveling abroad. On Cagraray Island, we saw magnificent views of the many islands dotting the eastern seas of Albay, but it was the Tambilagao Port where the get
Read more 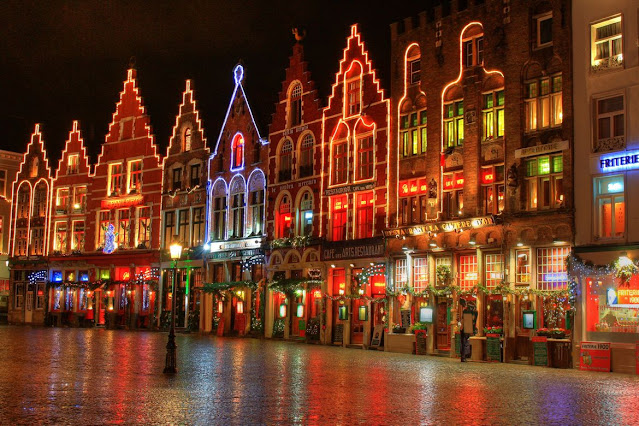 From nothing, the world conjures A spectacular kind of culture Where streets in towns and cities Are decorated with potpourris Christmas in Bruges, Belgium. Image Source: Pinterest For much of the year The roads and parks are clear But towards the very end Appears a tinsel kind of trend Titillating pieces of music Resonate wafts of magic Giving listeners joy Even the most serious enjoy The scent of the air Used to be so bare Becomes somewhat exciting As we smell food chefs are cooking Cosmopolitan places are abuzz With people busy in shops As they search and scour for items They would love to give as presents Champs-Elysees in December. Image Source: Getty These revelries wouldn't come to existence Without the holidays' very essence Of loving and allowing forgiveness That ultimately bring people happiness We create all of these magic From food to gifts to music To decors from homes to streets All of which are truly fantastic Christmas in Milan. Image Source: Getty We do all the
Read more